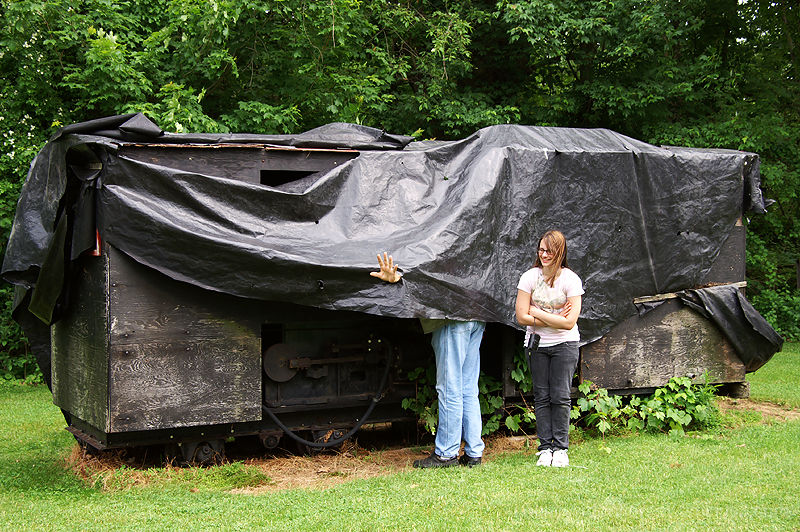 Previous Next
← previous day next day →

This is a steam locomotive my late father and late uncle built in the early 1970's. It has been sitting there since 1976 when my uncle died.

My brother and I are donating it to a coal museum in Pennsylvania to be restored and used to give children rides and show how the mine operated.

My granddaughter, Sammi, is laughing at him.

Ha ha; may I laugh at him too..but not in a bad way! Lovely shot; interesting story...i hope it all works out (how the heck do they take something like that away?!)

@MrsAmber: Thank you, MrsAmber! :-) They are bringing in a truck (called a rollback) that is used to pick up cars. I want to be there to take pictures when they do, I'll post them at that time.

This is wonderful, how kind and generous of you to donate...and Hey Hi Sammi, I've been meaning to visit you, and somehow always forget to 'save' you lol

A silly one with a great story....it's a wonderful thing you are doing to help teach history.

Heheheh what a great story and a great silly Tuesday shot!!! Nice to see you again:-)

This is a great image for ST, but also for your family's donation; what a treasure!